The Shanghai International Film Festival, which is held every June, has become a grand worldwide gathering of filmmakers. With its constantly improving industry appeal and international influence. It has been praised by both the professional workers in this industry and amateurs for the presentation of the world’s diversified film culture and the development of the film industry.

On the 21st SSIFF, a Chinese movie, Ala Changso, won both the jury and the best screenplay award. Ala Changso is a Tibetan language movie. The meaning of the title is ‘please enjoy this glass of wine’. This film tells a story about a trip of a woman who suffers from an incurable disease. A Tibetan woman named Ema concealed her illness to travel to Lhasa and refused to listen to her husband’s advice getting cured. Her husband came after her at the hospital, but Ema still persisted her trip. With her health deteriorating, she never stopped this trip. Until one day he finally revealed his long-hidden secret, which is a dream about his late ex-husband.

The director of this film, named Sonthar Gyal, said, ‘Shanghai film festival is my lucky place. I am honored and surprised to be able to participate as the behalf of Chinese films in the selection of Golden Cup Award. Thank the jury very much.’ Many audiences were touched by this film. And Sonthar Gyal was quite surprised and appreciate that this Tibetan film could be accepted by so many people. The jury of SIFF held the opinion that this film is straight-out but deep-going, full of the spirit of bravery and intransigence. It described the complication of two vital parts of people’s relationship—love and hate, and explained hope and redemption.

Recent years, there have been many excellent films in the Tibetan language. Tibetan language films integrate unique Tibetan national culture and perception of life into films, such as pilgrimage, grasslands, and nomadic life. The Tibetan people own a unique understanding of reincarnation, Tibetan Buddhism and the origin and extinction of predestined relations, which is different from that of the Han nationality people. Their closeness to nature and reverence for life make the artworks always contain the power of peaceful healing and can deeply move people. Looking forward to seeing more brilliant Tibetan films in the future.

When I thought about this movie, I was very depressed. Because this film is actually the director of Hu Bo’s Virgo, but also his legacy, but also his first feature film. On March 14, 2017, the film “An Elephant sitting still” was successfully completed. It didn’t take long for Hu Bo to die in Beijing. When he committed suicide, he was only 29 years old. Prior to this, director Hu Bo cut out the movie for a four-hour version, but was rejected by the supervisor Wang Xiaoshuai, asking Hu Bo to cut back a two-hour version, and slammed Hu Bo with some harsh words. Hu Bo’s mood can be the feeling of depression and sadness that can be felt. The director can really directly influence the atmosphere of the whole movie. Just like in this movie, it becomes oppressive, calm and cruel.

It is said that there is an elephant in the Manzhouli Zoo. The elephant is sitting there all day. Some people always use a fork to tie it. It doesn’t move, or it may like to sit there. Someone wants to throw something to eat in the past, it does not care.  So, a teenager, a girl, and a grandfather came together to go to Manchuria to see the elephant. The protagonists have experienced many difficulties that they cannot change and cannot solve in the course of their lives. They want to redeem themselves in real life, but they have to bow to reality. They cannot change the status quo, and they cannot overcome setbacks. Choose to escape, choose to go to Manchuria to see the elephant. So just like the lives of each of us, you have heard a lot of truths, but you still have a bad life. You have a heart that wants to face difficulties, but when you really face difficulties, you can only Escape because you can’t resist, but you can’t solve the problem, and you can’t solve the problem. Going to Manchuria to see the elephant can’t solve the problem. The world seems like a labyrinth and can’t find the right exit. All the protagonists who appear in the movie, in fact, I think, can be understood as a director. In countless lines, in a myriad of shots, he clearly expressed a meaning that “is alive and annoying.” Although the film has a naive side when he stands in front of you in such a naked and tragic posture, you know that he wants to say: eager for innocence and kindness. 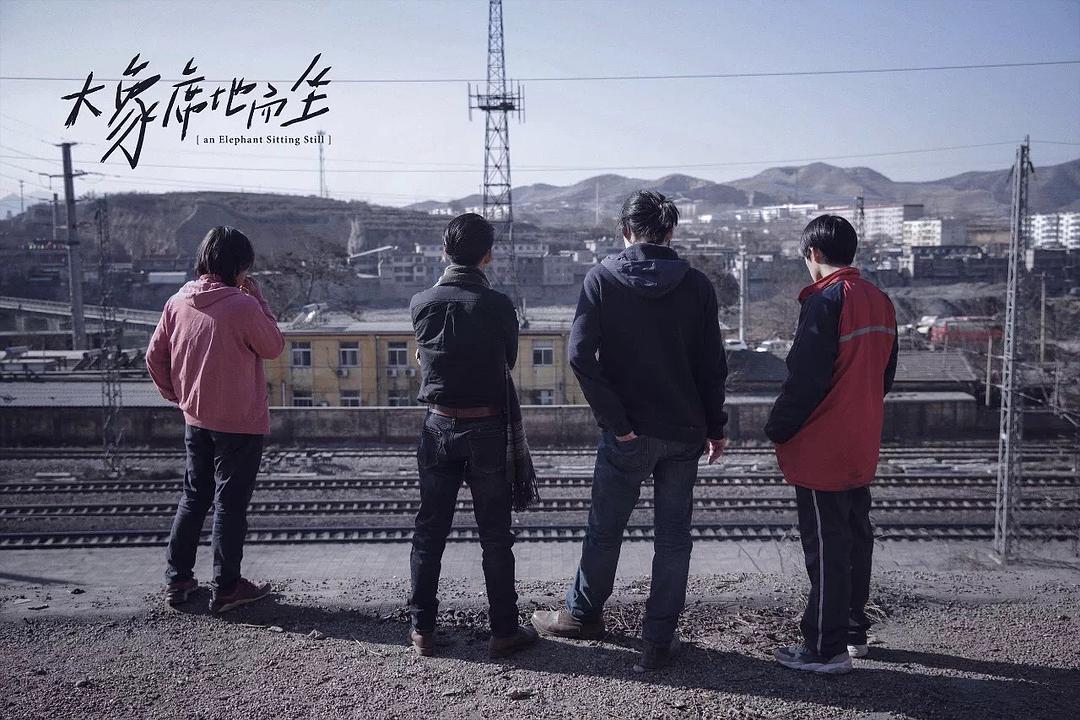 I even think that this film directly expresses the director’s inner world, because he can’t escape, he can’t complain, he can’t solve the problem, when all the problems are on the road that can’t be solved, how can he choose? The life, maybe on that question, the director can’t find the exit, so he has his choice.

On August 8, I watched a premiere film screening of MIFF, and it is also the first festival I attended in my life, which really impressed me. The movie I watched is Undermined：tales from Kimberley. This movie is directed by Nicholas Wrathall who is an award-winning director and producer known for Gore Vidal: The United States of Amnesia which opened to acclaim at Tribeca Film Festival. 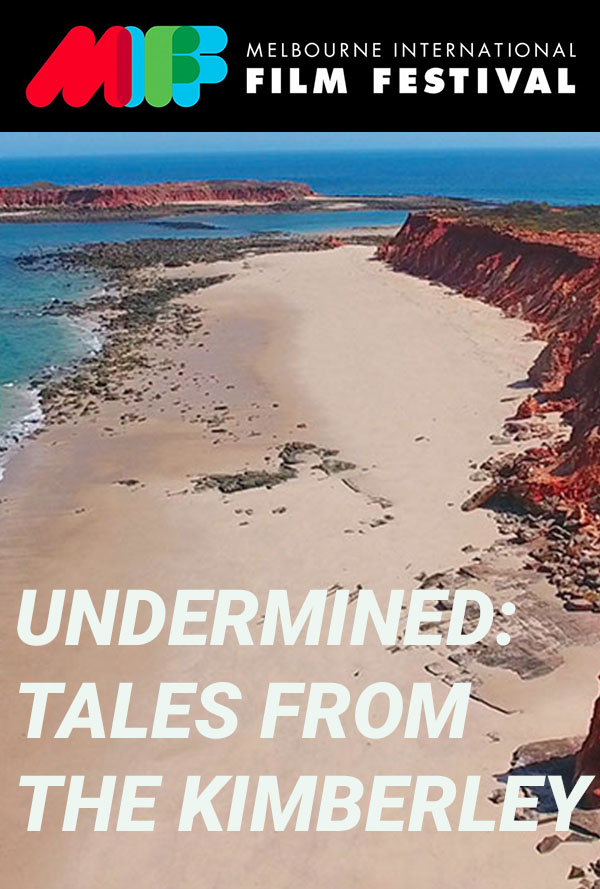 Undermined is supported by the MIFF Premiere Fund, and mainly focuses on development issues in Kimberley. Despite the huge economic costs, mega-mining and pastoral developments threaten not just the pristine environment but more than 200 Indigenous communities and their peoples’ sacred links to country. In this film, Indigenous people talked about that they are desiring a meaningful negotiation. Facing directly to the battle between the Australian government and Indigenous people. The government wants to make Kimberley ‘the future economic powerhouse of Australia’, which are making Indigenous people homeless and nothing to rely on.

Different from other boring documentaries, Nicholas spends much of his film on the strong emotional string between Indigenous people and Kimberley, such as documenting the daily lives of Indigenous people in farms, scenes of they fishing on the coast, and people assembling at ancient rituals, which made the film contains strong humanistic feelings, and improved the entertainment.

Before the film began, a musician named Albert Wiggan who also starred in this film performed his lyrical country song. Speaking of his inspiration for this song, he talked about his hometown and his life in the countryside. This is a part I really love in this screening, because it made the premiere more informative. From a big fan of live music’s perspective, it is a lot more engaging and enjoyable to hear a movie song live before watching the film. To some extent, if I saw a live session in the promotional materials of screening, it would make me more interested in watching that screening. Realizing this point may benefit the future festival we are going to host, because the film festival requires planners to attract the audience as many as possible. With more audience attending, economic income can be improved, which make the later work of the festival move more smoothly.

The inclusion of this realistic documentary film in the MIFF screening list reminds me of one thing that the importance of social attribute and motivation of film festivals. Film festivals are a social activity, which has mass influence. The Indigenous issue in Undermined may lead the public to pay attention to the plight of Indigenous people. It is the basic requirement that film festivals should take the responsibility of maintaining social legitimacy and having good impacts on mass. The theme of our group’s film festival is ‘immigration’. We should consider whether our festival can have a positive effect on the worldwide immigration trend and popularize the mental activities of the uprooted.

Ash is Purest white is a Chinese drama film directed by Jia Zhangke. It was screened at MIFF on Sun 19 Aug 2018 and was nominated for the Palme d ‘Or at the 71st Cannes Film Festival. 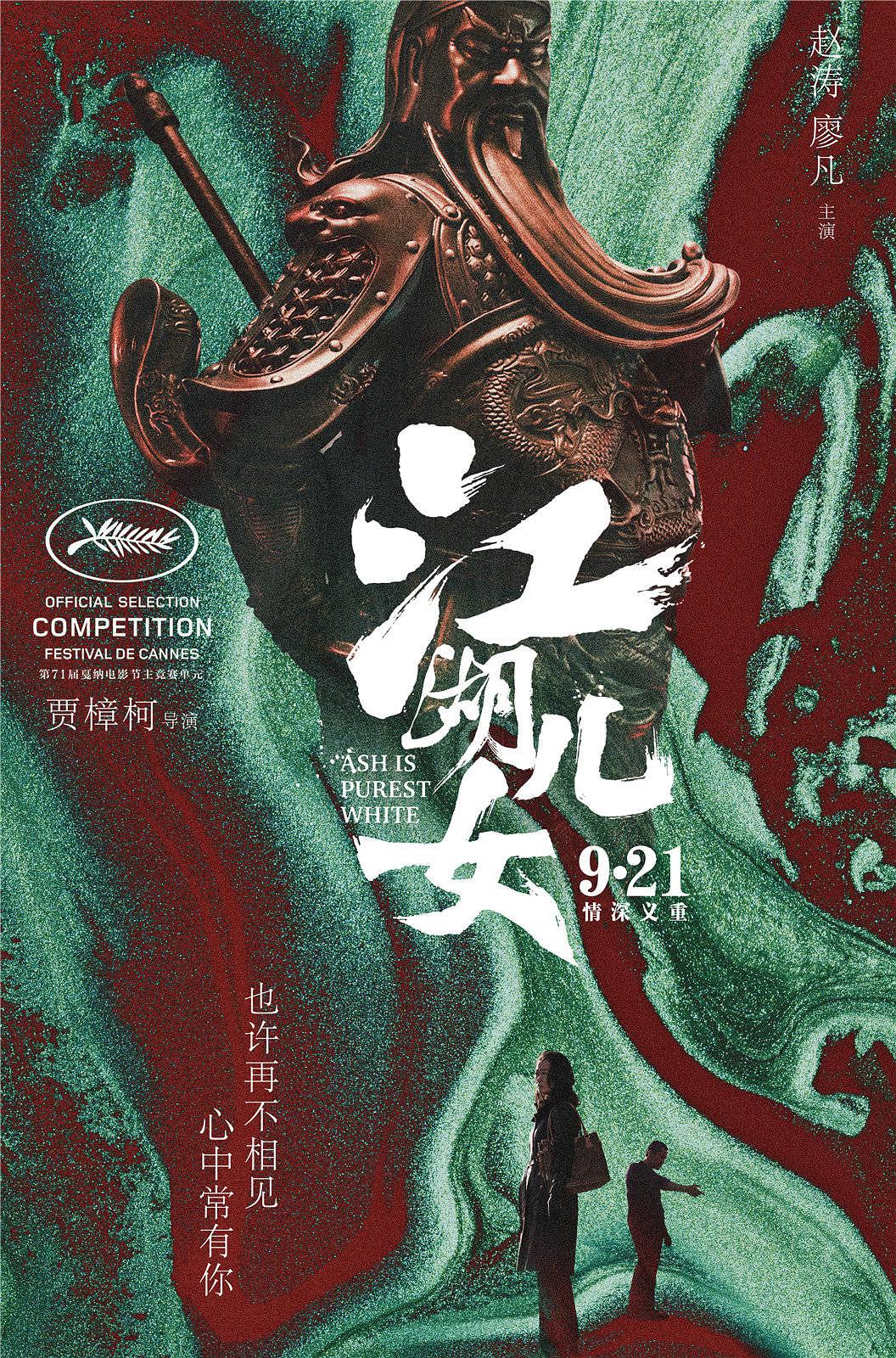 The film tells the story of a gang leader named Bin in Datong, Shanxi Province, who was involved in a violent incident. Her girlfriend Qiao took out Bin’s gun and fired a warning shot to protect Bin. Qiao was sentenced to five years in prison for protecting him by claiming that the gun belongs to her. After getting out of jail, Qiao came to find Bin wanting to start again, but she failed. After a period, Bin was unable to walk due to stroke, Qiao took the responsibility to take care of Bin. In the end, Bin left her. 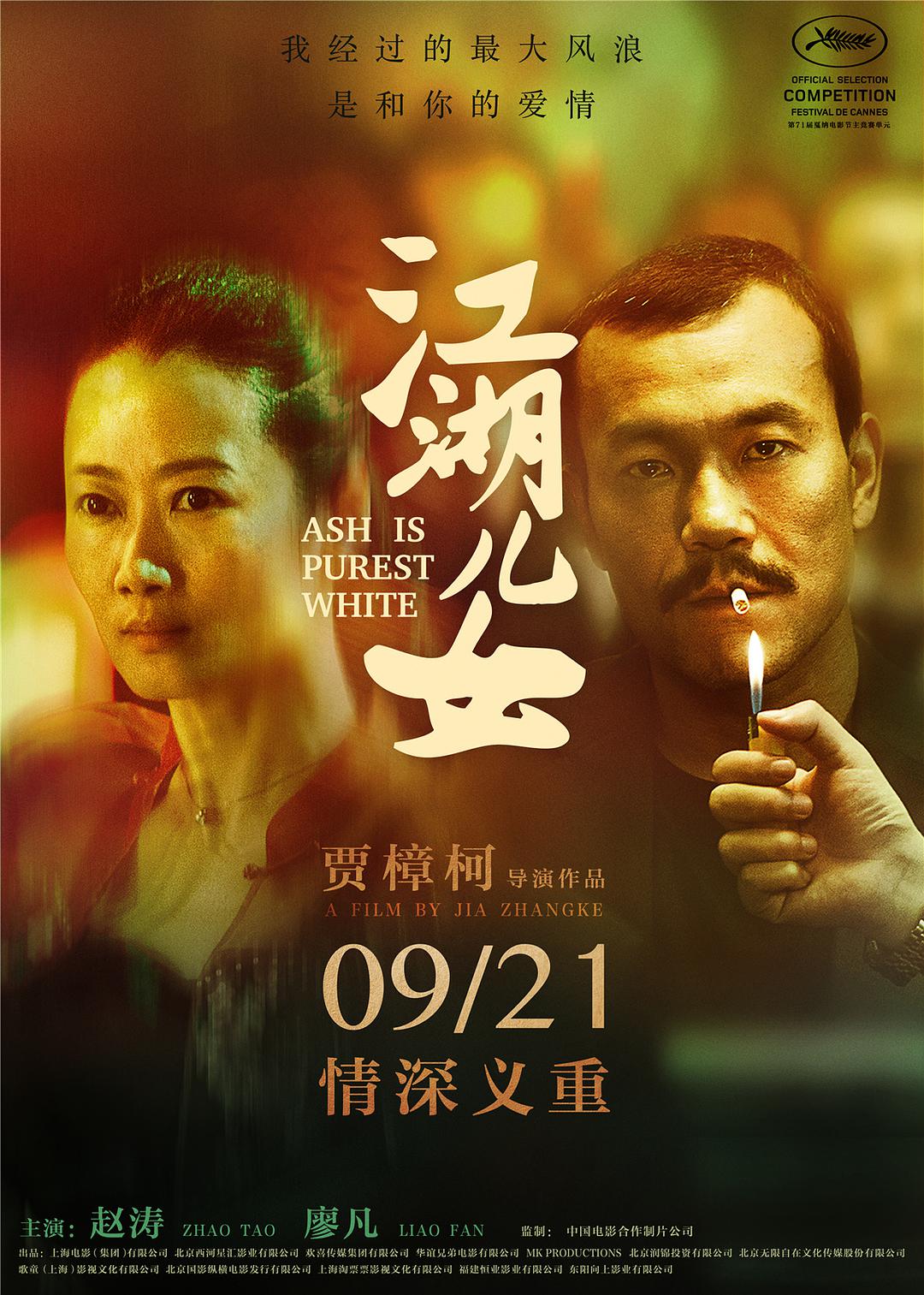 There is a strong personal style in films directed by Jia Zhangke. Jia tends to focus on civil life. In this film, he set the whole story in Mainland China at the turn of the century, when the mainland was buffeted by economic shocks. People’s modality was tortured and collapsed due to this. The Chinese name for this film means men and women in ‘Jianghu’. ‘Jianghu’ is a non-physical concept in Chinese culture. It was the ancient Chinese philosopher Zhuang Zhou who used the word ‘Jianghu’ firstly to refer to a contrary concept to the government. With society changing, people use it more to mean the working environment of gangsters, and the core of ‘Jianghu’ is morality and justice. This film put the most weight on interpreting this core by shaping the heroine Qiao.

Setting Qiao as a lead line, the film described various ‘Jianghuers’ she met. Almost all the characters are in the moral and legal gray area. Among those ‘Jianghuers’, Qiao is the existence which follows the morality of ‘Jianghu’ most. Bin led her into ‘Jianghu’, but with experiencing disability and frustration, Bin finally left her alone. Qiao gave almost her everything and love to Bin. By describing the love between Qiao and Bin, Jia Zhangke presented the complicated ‘Jianghu’ in his mind. Betrayal and ruthlessness of Bin let the audience doubt whether ‘Jianghu’ is dangerous and perilous. However, Qiao’s love shows the audience the tenderness and morality in ‘Jianghu’. 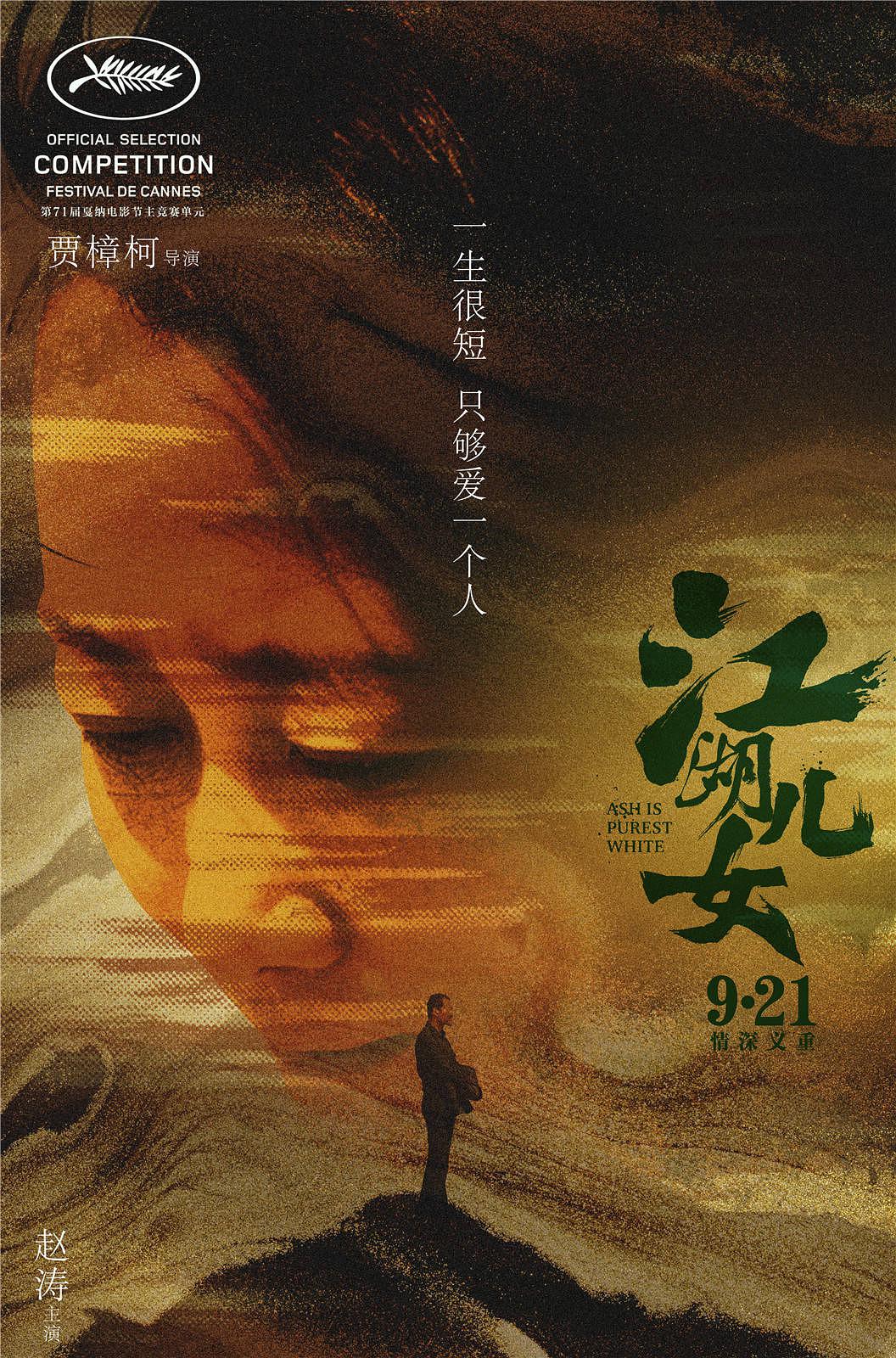 From this film, we can notice that the director put most weight on Qiao, letting this film be a feminism film. Feminism films ‘mirror women’s growing role in public life’ (Press & Liebes 2016, p.270). When Hollywood set a feminist character, they may likely create a ‘remarkably wealthy, beautiful and sexy’ lady to establish strong persona of the character(Press & Liebes 2016, p.270). This is controversial to some degree. Jia did not focus on the performance of Qiao’s sexual power, but presented Qaio’s tenacity and perseverance. It is believed that Jia made this feminism production to meet contemporary film industry trends and female reviewers of Cannes Film Festival.