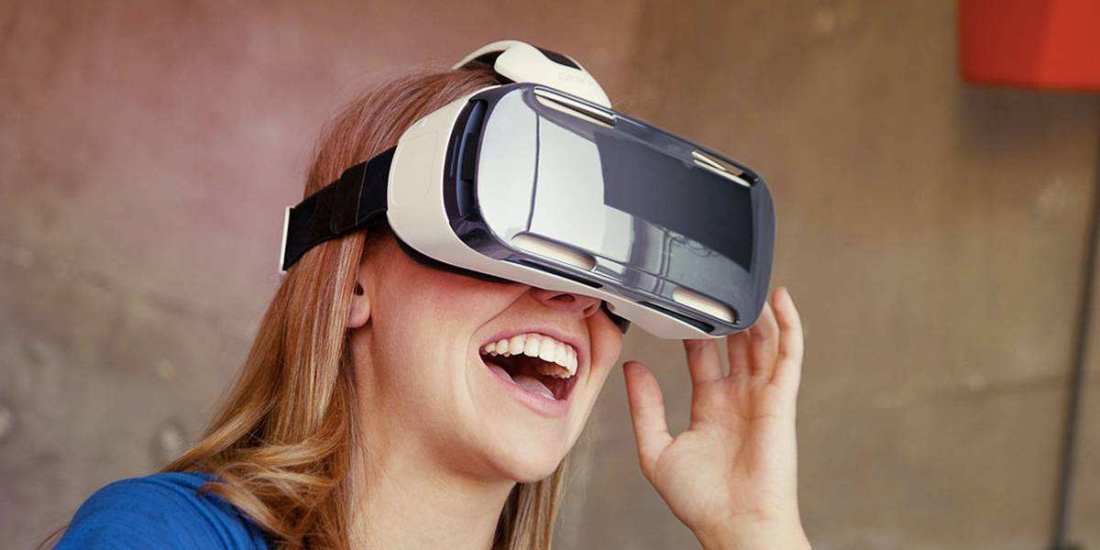 Long speculated on and dreamed of in science fiction, virtual reality finally became reality in MIFF. For both film makers and film fans, VR is a totally new way of creating and consuming entertainment. The implications and possibilities are immense and exciting. As part of MIFF, the virtual reality program offers a unique opportunity to strap on a VR headset and fully experience the jaw-dropping wonders of total immersive cinema.

MIFF VR presents a diverse range of styles in storytelling. Some films have even produced content specially for VR. I think the reason of doing so is that many patrons tend to try VR for the first time and the tendency at that point is to get swept away by the uncanny nature of the medium. The VR Intro is a chance for viewers to get that first moment of wonder out of the way in order to properly enjoy the VR storytelling work they’ve come to see.

However, some people will think that the use of VR will make the sense of “immersion” more impressive than “film” itself. In my opinion, in cinema, a director might take a series of shots or even a whole movie to build an atmosphere. It’s cumulative. But one shot in VR conveys a location and everything that might potentially come with being an observer at that point in space and time. So in VR there’s often more opportunity to let a single shot carry narrative. A VR shot offers more scope for reflection and speculation. It’s like slow cinema taken as far as it can go, which is really just dialling things back towards the pace at which we naturally experience the world. Cinema is a language we’ve learned to process and it has always been at arms length from our ‘reality’. If we hustle viewers through VR spaces in the same way we typically edit scenes in cinema we just freak them out. That’s not how we live life and the closer VR takes us to real life the more we as 360 video makers need to respect our underlying humanity as experienced phenomena.

As a totally new way for films, filmmakers may have trouble moving into VR. Anyone with a handle on the basics of filmmaking goes through a stage of finding it all very strange and having to consider what tools and insights they can keep and which they must leave behind. Film and TV has a relatively compartmentalized ‘write it – shoot it – cut it’ thought process that comes under a lot of pressure in 360. The idea is that someone can write a script then someone else can go and scout a location and a crew can turn up and shoot it and any problems that arise will get solved in the edit suite. Even the most simple, observational documentary content in 360 needs a measure of thinking akin to planning a VFX shot because we don’t have the usual cropping and time shifting tools available to solve problems. We can’t frame up a shot to occlude the things we don’t want shown or, say, use a cutaway shot to solve problems with space and time. Eisenstein’s entire bag of cinematic tricks are pretty much junked by VR. 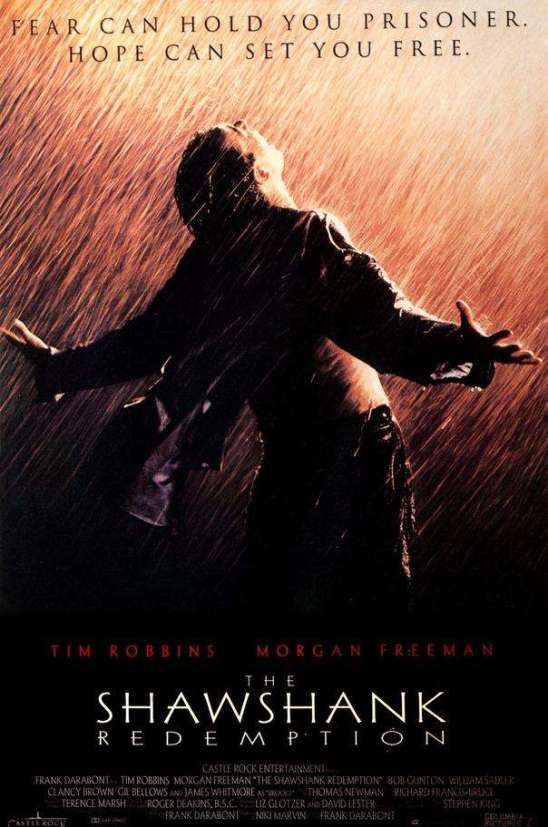 This film tells a story that a successful banker called Andy Dufresne (Tim Robbins) who was sentenced to a life term at Shawshank State Prison for murdering his wife even though he stubbornly claimed his innocence. It was in the prison where Andy met his best fellow Ellis “Red” Redding (Moran Freeman). Despite the ugly realities of prison life such as a corrupt warden, psychopath prison fellow, and sadistic guards. However, Andy did not crack in front of pressure, instead, he did not give up his hope of proving his innocence. He used his banking skills to manage financial matters for guards and even help the warden with money laundering. Andy also begins writing weekly letters to the state legislature requesting funds to improve the prison’s decaying library. Accidentally, Andy heard from one of his prison mates Tommy Williams that his cellmate at another prison had claimed responsibility for the murders for which Andy was convicted. Andy approached the warden with this information, but the warden refused to listen and sends him back to solitary confinement when he mentions the money laundering. Andy was released from solitary confinement after two months, and he told Red that he dreamed of living in Zihuatanejo, a Mexican coastal town. Red promised that if he is ever released, he would visit a specific hayfield near Buxton and retrieve a package Andy buried there. He worried about Andy’s well-being, especially when he learned Andy asked a fellow inmate for six feet of rope. At the next day’s roll call, the guards found Andy’s cell empty, and revealing a tunnel that Andy had dug with his rock hammer over the last 19 years. After serving 40 years, Red was paroled. He struggled to adapt to life outside prison and fears that he never will. Remembering his promise to Andy, he visited Buxton and founds a cache containing money and a letter asking him to come to Zihuatanejo. He finally found Andy on a beach in Zihuatanejo, and the two friends were happily reunited.

In the lead roles, both Robbins and Freeman are outstanding, layering their performances with snippets of individuality: their small, daily sustenance and minor triumphs are wonderfully inspiring.

I love this film because it is a story about hope and dreams. Both Andy and Red gain redemption by doing good deeds for one another. This film gives people power to move on in their live whatever difficulties they meet. These are some classic lines from this film “You know some birds are not meant to be caged their feathers are just too bright”,”First you hate them, then you get used to them. Enough time passes, you depend on them. That’s institutionalized”, “Hope is a good thing, maybe the best of things, and no good thing ever dies”. 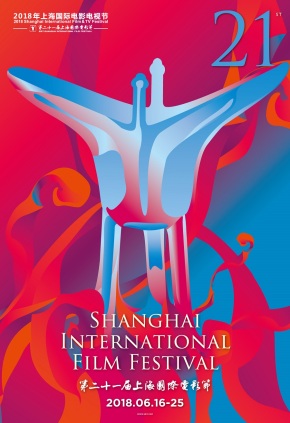 2018 Shanghai International Film Festival has just come to an successful end. It has not only fulfilled viewers’ desire to watch their favorite classic films, it also has deeper influence. Firstly the success of SIFF can strengthern cultural confidence and create a better future for Chinese film industry. The film festival has a unique role in promoting the prosperity of the socialist film culture in the new era and meeting the needs of the public for a better life. This year is the 40th anniversary of China’s reform and opening-up. Telling the story of the development of China’s film industry in the past forty years through the rich language of film is an important part of strengthening the four confidences and inspiring people to bring about a great rejuvenation of the Chinese nation. Posters of the festival and the film trailers outline the development of China’s films over the past 40 years of reform and opening-up. Though tiny, they display a vast amount of information, from the inheritance and development in the beginning, to the gradual rise to bloom and glory, and then to the forging ahead of Chinese filmmakers and the new starting point in the new era, awakening viewers’ memories of the films, urging them to keep up the efforts and leaving them spellbound.

In addition, SIFF has cultural influences. The Shanghai International Film Festival has long adhered to the orientation of “Focusing on Asia, Promoting Chinese Films, and Supporting New Talents”, promoting the maturity of new filmmakers and their work, building a step-by-step incubation system, and producing the fruits of “Made in Shanghai” in its practice. At the Asian New Talent Award Ceremony held on the evening of June 22, the famous director and screenwriter NING Hao recalled fondly his film Mongolian Ping Pong winning the Asian New Talent Award for Most Popular Film more than 10 years ago, after which he has been recognized by the society and the industry and gone on to be more successful. He is therefore grateful to the SIFF has for being a “patronage”, and in turn spares no effort in the incubation of and support for young filmmakers. In fact, a large number of new productions by young filmmakers, after being honed in all the steps of the Shanghai International Film Festival, have been branded with “Made in Shanghai” and are seeing or have seen their influence in China, Asia and even beyond. Shanghai has always served the whole nation with the products and talents it developed and made and then transported across the country in the past helping establish a good reputation for “Made in Shanghai”. Nowadays, Shanghai in advancing the development of China’s film industry is again producing, developing and transferring film productions and filmmakers. In the words of some filmmakers: “SIFF is building the future of film.”

I was lucky enough to attend 2018 Shanghai International Film Festival (SIFF) this year. I went to SIFF last year as well, and I can feel that more and more people are participating in this event. It was harder to purchase ti 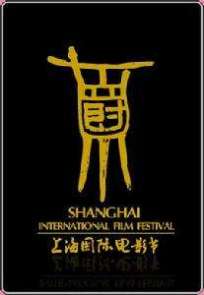 ckets this year than last year. I had to buy tickets of the films I want to watch exactly at the time when they are available for purchase online. Otherwise, I would probably miss the opportunity to watch it in cinema. A total of 492 Chinese and foreign films were screened at the festival this year, with 1,621 screenings and 468,178 tickets purchased by viewers which was an increase of nearly 40,000 compared with last year. Although the World Cup was taking place in the same period, peoples were still enthusiastic about the screenings. The increase in the number of tickets sold, on the one hand, is a result of the fact that the festival has over the years developed a large number of moviegoers that make a solid customer base; and on the other hand, it reflects the strong desire to get to know the world cinema and for a better spiritual life.

Shanghai has a profound film culture. At the end of December 1895, the Lumière brothers screened their short films, including The Arrival of a Train, at a café in downtown Paris, marking the birth of motion picture ,and only half a year later, The Arrival of a Train and other films traveled across the ocean to Shanghai. In Xuyuan, Hongkou District, people in Shanghai for the first time saw the “Western Opera” ,and the story of Shanghai and film began. 122 years later, Shanghai announced an action plan to develop the “Shanghai Culture” brand. With a history of over a hundred years, Shanghai’s film industry is undoubtedly an important part of this plan; further development of the Shanghai International Film Festival is of course also listed as one of pillars of the plan. I can clearly feel that this year’s SIFF carefully refined and integrated some elements of the “Shanghai Culture” brand such as Jiangnan culture and Shanghai-style culture in various main activities, which makes me feel the influence of the keyword “Shanghai Culture”.

Today, when China is steadily moving from being a big market to a powerhouse for film, the Shanghai International Film Festival is becoming a unique brand with influence, attractiveness and competitiveness. Many screening units familiar to audiences such as SIFF Tribute to Masters, SIFF Classics, 4K Restoration, SIFF Highlights, Spectrum, etc. fully demonstrate the dynamics of world cinema and the diversity of the countries’ cultures. The screenings cover many films from around the world made in different periods to meet audiences’ need for diversified options.