The lack of film criticism theory

Compared with the trend of Chinese film development, Chinese film criticism and film evaluation lag far behind the world. Since the birth of the film, the West has always been the film theoretical origin place, resulting in a large number of film theorists who influence the world’s movies, such as Eisenstein’s montage theory, Andre Bazin’s film documentary theory and so on. The Chinese film criticism theory has been very different from the West since the film was born.

Nowadays, although Chinese films have been greatly developed under the impetus of film technology and in a series of reform measures, the lack of Chinese film reviews and criticisms is still a dilemma we have to face. Comparing to Hollywood, we will find the differences. Hollywood film reviews have existed for more than a hundred years and have become an important part of American film research.

The film reviews accompanying film development have given birth to film art theory and film criticism theory, and have gradually matured and has also become a major support for the continued development of the film. However, Chinese film criticism has stopped developing in the development of the modern film. Compared with the current huge number of film and television works, our film criticism has little impact compared to the film and television culture and cultural consumer groups all over the society. There are few movie review articles on the Internet that rarely have real reflective value.

A true film critic requires more cultural imagination and a variety of cultural knowledge, rather than simply saying that the film is good or bad. We need professionals to use knowledge to make a function, rather than casually expressing opinions. The situation of Internet commentary is also not optimistic. We need film reviews to be professional and academic, not to be moody. We should let our scholars play a role in rebuilding the Chinese film censorship system and let them influence the appreciation of the general public and promote the true development of Chinese films. 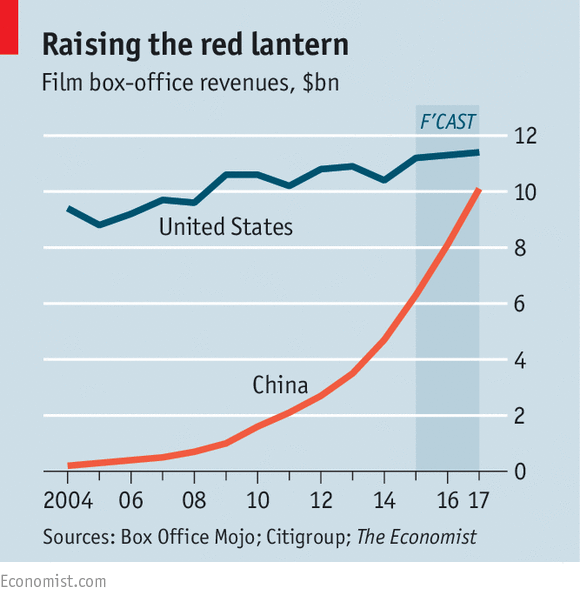 In 2018, China’s film market produced more than 400 films, but only about one-third of them can be broadcasted in cinema. However, most cinemas are occupied by high-cost movies and New Year movies, which is the monopoly of the cinema screen. This monopoly is the result of a capital investment. So capital films and commercial films are competing for the Chinese film market now.

Five years ago in China, a capital film means investing 100 million RMB. But in 2018, it has risen to 400 million RMB – the input cost has been greatly improved. The only criterion for capitalist investment is to invest in commercial movies with box office guarantees or to invest in the most prominent filmmakers of the moment. This has led to the lack of film capital sponsorship for most filmmakers.

For example, since the release of “Let the Bullets Fly”, the total box office has exceeded 500 million RMB. The word in the film “stand to earn money” by Jiang Wen is really meaningful. Capital investment has pushed up the box office cost of the movie ( although some New Year movies have a limit price, in fact, some are as high as 80RMB, or even100+RMB). These also controlled 80% of the broadcasting time in cinema. But what kind of advantage does this capital control the film industry has brought to the public? The public need more meaningful movies, not commercial capital movies

I always think that every film with deep meaning can get a thousand interpretations. This idea was confirmed by the movie Burning. The director uses a lot of metaphors so that lead to viewers to keep discussing it after seeing the movie. There are many different views to interpret the content of this movie, and audiences even want to unravel the meaning behind the movie many times of viewing. Director Li said: “I think it’s special for the audience to understand the film following their personal point of view. I don’t know what it feels like that they coexist and interpret each other with their own perspectives. ” My feeling is that this film is like a fill-in-the-blank question, leaving the ending to the audience.

“Burning” takes time to digest and precipitate. After watching the movie in the cinema, I watched it twice again at home, and each time I can get a different experience. Maybe this is the essence of the movie. When I watched the film for the second time, I tried to find out if Heimi was killed by looking for clues in the movie. However, when I watched the film for the third time, I realized that this movie is not a movie that needs to seek results. The purpose of the film is not to let the audience understand the whole picture of the story, but to let the audience experience it and use the senses to understand the different levels of artistic conception and meaning. The film has an open-ended ending with a strong discussion, and there is no absolute right or wrong answers. The individuals can get different levels of insights and opinions due to differences in life experience and experience.

In addition to Zhong Xiu and Heimi, or even Ben, Burning explores marginalized people’s desires and values. It is more to ridicule the young people of today’s generation. The core spirit is the “little hunger” and “great hunger” that is constantly mentioned in the film. Little hunger is the basic survival needs of human beings, such as physical satisfaction ( food and clothing ). Great hunger is a human spiritual need, such as seeking comfort, dignity, sense of accomplishment and other feelings of satisfaction. The three tasks in the film are constantly pursuing the satisfaction of great hunger. And each of us is also pursuing great hunger so we will get 1000 kinds of interpretations.

“Burning” seems to be an esoteric and incomprehensible movie. Before watching the movie, I don’t understand the story. After reading it, I don’t understand its ins and outs. The director gave an introduction at the beginning, and leaving a blank space for the audience to play freely. There is no standard answer and right or wrong. Only what is felt in the heart is the most important.

This is my first time to take part in the International Film Festival.

Before I purchased the ticket, I downloaded the MIFF app, which gave me a good experience. Users can search the movies they want to watch very quickly and easily through browsing by title, date/time, venue, category, country.

The classification is clear and that saves search time. At the same time, you can also return tickets. Because of cultural differences, I chose two Asian films under the national classification, 《Burning》 and 《Angels wear white》.

After I watched 《Angels wear white》, I thought about the child abuse incident in red, yellow and blue kindergartens in China, but at that time children who were hurt did not get the protection after this event. After watching this movie, I am also very pleased. 《Angels wear white》 is like the Chinese version of 《Silenced》, showing the social taboo topics and the sexually abused children of high social status to the public. This movie is believed to be the best Chinese film in the past decade. It is a thorough female film. It is extremely rare to pay attention to sexual assault against underage girls, such as the one that is not covered by China. But this is only one of the main lines of the film. In fact, the whole movie shows a difficult environment for women to grow up.

As a realist film, the phenomenon depicted in the film will make the audience feel that this is a miniature of China. I appreciate the narrative of the white space of 《Angels wearing white》, especially in the last scene of the film. Xiaomi fled the place by a motorcycle, and the picture was bright and symbolic. But it also caused the audience to think because the Chinese society is very complicated. The change is not as thorough. Nowadays, the society has undergone big changes, but many problems still exist. As far as women are concerned, the problems of human trafficking, coercion, sexual assault, domestic violence and so on are still serious threats.

So when I see Xiaomi riding a motorcycle and riding into the distance, I would like to ask: What should she do after departure? What kind of life will she live?

Maybe she won’t fall, but she will still struggle at the social bottom because she hasn’t been educated by her peers. She doesn’t have family relationships so her life will not be easy. The last scene of the film, bright colors, made me fall into deep thought. This may be the message the director wants to pass to the audience. The story of《Angels wearwhite》focuses on sexual assault and is the status quo of women’s existence. I think movies are not only art but also the media. Movies like《Angels wear white》are not only successful works of art but also a magnifying glass, which magnifies the corners of the society we ignore and guides us to pay attention to those problems.《Angels wear white》is full of power because of this enlargement.