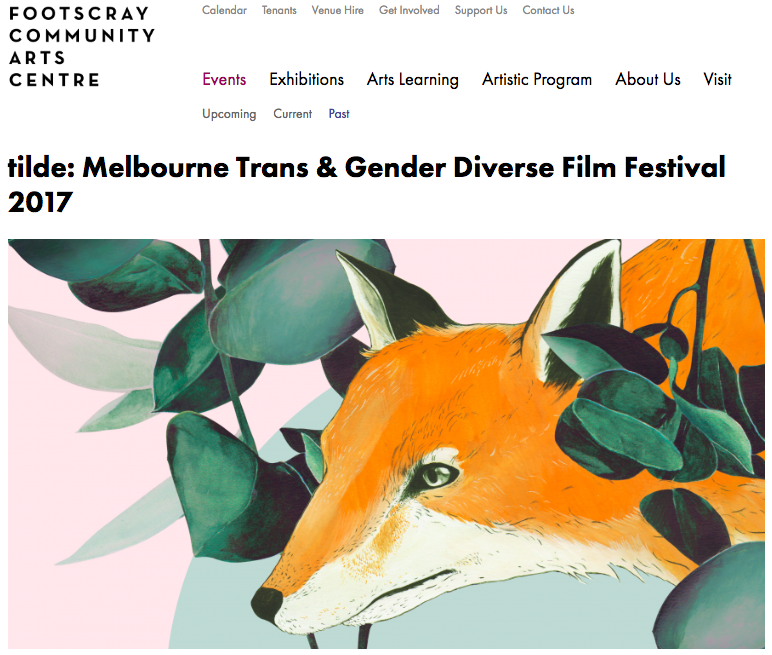 According to Nancy Fraser, subaltern counterpublics are discursive arenas that develop in parallel to the official public spheres and “where members of subordinated social groups invent and circulate counter discourses to formulate oppositional interpretations of their identities, interests, and needs” (Kampourakis 2016). This means that subaltern counterpublic film festivals are outside the dominant film. Similarly, Wong (2016) stated that organizers use terms such as “oppositional cinema,” “radical media project,” “non-hierarchical,” and “collective effort,” and are explicit in distinguishing themselves from the mainstream film festivals markets.

The Melbourne Trans and Gender Diverse Film Festival is a proper example to examine the concept of ‘subaltern counterpublic’. First and foremost, I will look at what do trans and gender diverse mean. According to the official website, ‘Trans’ is an umbrella term, including transsexual and transgender, describing a range of non-conforming (binary and nonbinary) gender identities and expressions. It is clear that the target audience of this film festival are trans and gender diverse people.

This film festival is organized by TILDE team, which is organized and made entirely by volunteers, with collaborative involvement across all areas (TILDE 2018). According to the the official website, Team members come from the range of different genders, and their backgrounds vary from art, film, community & health sectors, education, media, activism & academia. The mission of tilde team is to present movies that acknowledge the stories and positions of the trans and gender diverse communities, therefore to offer opportunities to these filmmakers and to challenge gender normativity and to celebrate diverse representations of gender (TILDE 2018). They believe that screening films are a good way to convey their thoughts.

The mission has an important impact on film selection. I looked at the program booklet, the film festival follows the same routine as mainstream festivals, such as opening night, film screenings, workshops, caterings and closing night. The biggest difference between the mainstream and trans and gender diverse film festival is the theme of movies. For example, from the picture below, Sistergirl and Brotherboy shorts is a collection of short films by and about sistergirl and brotherboy that explore the lives and experiences of indigenous trans people. This film encourages the audience to affirm their gender by displaying different characters’ life. Someone may struggle with the gender identity, but the film is telling them, don’t be afraid, there are many people just like you. This film festival provides a chance for people to come to the same community and share their life experiences.

I also find it interesting to talk about the venue where trans and gender diverse film festival will hold. I had a chance to visit the Footscray community arts center last semester as a field trip of the course “Creative Cities”. “FCAC is a community-engaged, contemporary arts center working with local, regional and international communities”, according to FCAC website. FCAC can be seen as a platform for people who live in Footscray to communicate and take part in activities, so I think it is a perfect place to hold the Melbourne Trans and Gender Diverse Film Festival.