The Melbourne International Film Festival (MIFF) is an annual film festival and was founded in 1952. Nowadays it is one of the oldest film festivals in the world, alongside Cannes and Berlin. It has become an important landscape of Melbourne culture life. Frankly speaking, before I taking the course of “Film Festival Study Tour” I have attended Shanghai International Film Festival (SIFF) as a volunteer or an audience for several times. But I rarely think about the connection between the film festival and people’s daily life, how to hold a successful film festival. For me it’s more like a routine arrangement, in Jun to attend SIFF for fun year by year.

In this August, I just learned MIFF and attend it, which provided me the chance to think about some questions related to film festival. 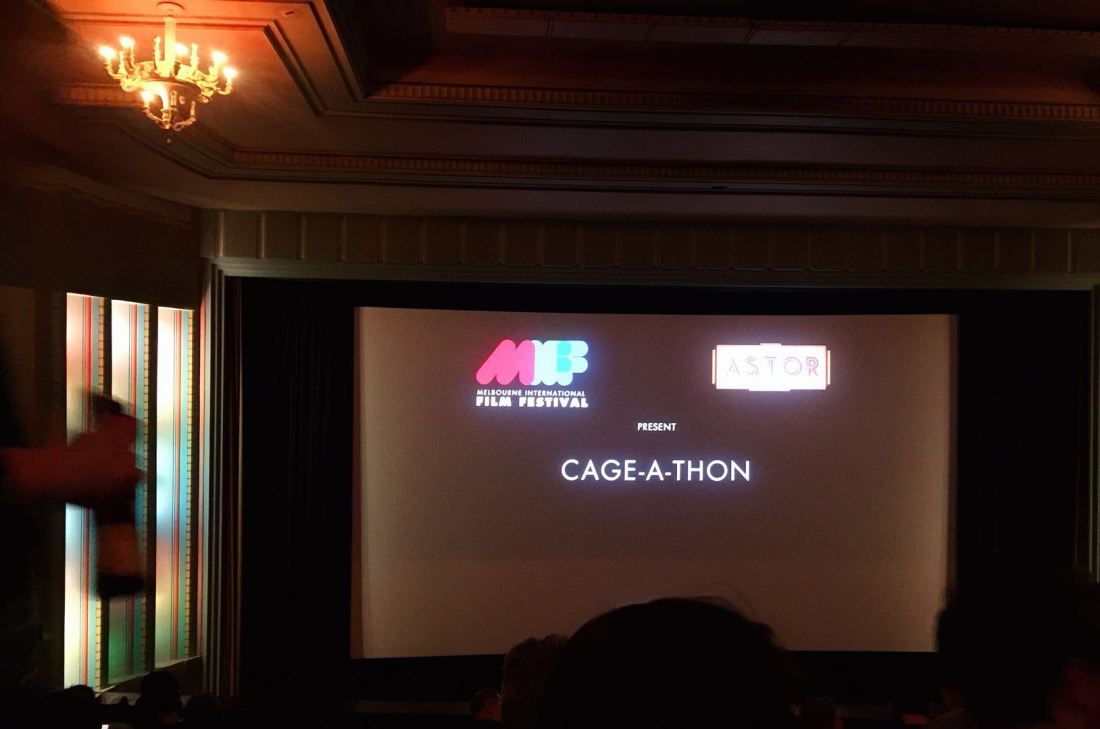 1. The popularity of film festival
As we all know, film festivals provide people the opportunities to get together. It is more likely a social feast. Film festival can promote mutual understanding and friendship between the film industry in various countries and regions, and to promote the prosperity of the world’s film art and culture industry.

I watched the films are “CAGE-A-THON” in 2018 MIFF. It is an overnight marathon for seven films full Nicolas Cage with 12 hours of non-stop show from 09.30pm on 10 August to the next day morning. Before the film opening, the entire second floor of the theater was almost occupied. In addition to the movie itself, it is more likely a party and carnival. People bought the beers, coffee and popcorn at the bar. Filmgoers chatted at the film festival lounge or in the theater. Since the overnight movies, some people brought the cushion and sleeping sack. This is also novel to me. As an international student, I always want to know more about local people, their culture, their habits and their life styles. MIFF provide me the chance to do the observation.

2. The form of film festival

It can be seen that the film festival is constantly being promoted to attract more filmgoers to the box office, purchase tickets and participate in the festival.

MIFF has hold annual speed-dating events before, in 2015 Adelaide Film Festival introducing the virtual reality (VR) concept to the festival. The film festival has changed the past single mode, not only red carpet, awarding, film; but also introduced many new technologies or forms to attract more audiences.

Film festival continues to play an important role to the film trading market. It attracts buyers from all over the world, investors to focus on, and to co-operate with film makers. The film forum has become an industry vane, consciously focusing on the excellent movies, gathering the world’s elites, brainstorming and methods leading the way.

MIFF is an annual exhibition of hundreds of outstanding films from different countries and regions in the world. With the increasing reputation of the Melbourne International Film Festival, making it the most popular movie carnival in the world.

View all posts by Tingyu Wang