BFI Flare: London LGBTQ+ Film Festival, formerly known as the London Lesbian and Gay Film Festival (LLGFF), is the largest LGBTQ film festival in Europe and is held every spring in London. The event began in London in 1986, as a seasons of gay and lesbian films at the National Film Theatre for two years, under the title “Gay’s Own Pictures”, curated by Peter Packer of the Tyneside Cinema. It was renamed the “London Lesbian and Gay Film Festival” in 1988. Having been a two-week festival for many years, the festival was shortened to a week in 2011, and then increased to 10 days in 2012. 2018 is the 32th anniversary of the London LGBTQ+ Film Festival, and the number of the audience watching this 10-day film festival reached 25623, which fully reflects its influence. Now, LGBTQ themed movies are no longer niche, and many film industry authorities have begun to pay attention to this type of movie and appear in this film festival. 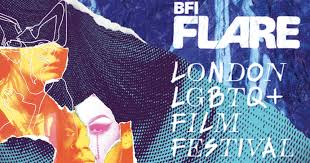 Different from other film festivals, FLARE has the harmonious and integrated atmosphere of creators, media, staff and audience. The main creative personnel present in all scale of events. The host left more time for the audience to interact with film maker and related staffs after the short questions. Although the main Q&A part is over, the main creators were willing to stay for further communication. With the FLARE Film Festival developed from the original two letters LG to the current LGBTQ+, the focus of the film festival become more and more special and sometimes even too much on the marginal groups. For instance, some films about refugee lesbians, clergy bisexual or transgender topic. Meanwhile, it is not easy to find some familiar elements and resonance from the movie. In contrast, the most familiar Chinese and Korean elements are only the Welsh played Tai Chi and the Dutch ate kimchi in the film that the symbols still remain in western perspective and character as well as language are even more missing. It is inevitable to consider how many audiences are not LGBTQ, and how their movie experience is. These films how to enter the theater to let more people to contact and understand instead of only in the special platform of the gay festival and celebrate within the community of relatives and friends still the essential issue so far.

However, this phenomenon is not unique to FLARE that it is also amplified to the entire film industry. Even on the contemporary world, everyone is constantly labeling to distinguish and emphasize diversity, which leads to the subdivision of LGBTQ etc. in a small minority group and celebrating in their respective spaces. The more ideal environment is that you don’t need to distinguish between these labels. After all, love is human right. A successful movie not only make a commercial success but also can generate resonate among people of different genders, sexual orientations and ages.

Looking back into the Australian environment, since the same-sex marriage is performed and recognized by the law in Australia last year, holding some film festivals about the LGBTQ topic maybe can help the public to know and understand more about these groups of people. The function of the film festival not only offering an entertainment way to individuals but also providing an effective platform for the public to know about the people and story.