Every May, the small seaside town of Cannes in the south of France has become the focus of attention in the world because, at this time, the Cannes International Film Festival is held here. During the festival, more than 200,000 industry insiders (Film De Cannes 2018), journalists, and tourists came from all over the world. Here, not only the masters are gathered, the star lineup is huge, the film market is booming, and the surrounding industries such as exhibitions, tourism, hotels, and restaurants are also prosperous. In the era of the attention economy, the lens, focus, these words mean business opportunities and dreams, so that Cannes has become different.

Cannes, a small town with an area of less than 20 square kilometers and a population of only 74,000, was a small fishing village that was not known for 70 years ago. At present, Cannes is the second most famous city after Paris in France. It is the film festival that has made it brilliant today. For a long time, the Cannes Municipal Government has carefully cultivated the film festival, always creating an urban cultural environment around the film festival and promoting urbanization. After more than half a century of unremitting efforts, the Cannes Film Festival has become an internationally renowned cultural brand. Cannes has a unique cultural charm, which greatly enhances the city’s competitiveness.

First, for a long time, the French government has been providing strong support and funding for the Cannes International Film Festival. In particular, the Cannes Municipal Government has always followed the concept of building a city around the film festival and formulated urban planning (González Zarandona 2016).

Second, the rise and fall of a film festival depend not only on its hardware facilities but more importantly, whether the artistic value that the festival celebrates and advocates can resonate strongly. The films favored by Cannes seem to have some common characteristics: these works usually do not pursue big production, the story is simple, and the bottom layer is described in a minimalist way. The life of the character touches the inner world of the person and causes the audience to reflect deeply. This is in stark contrast to Hollywood films that pursue high budgets, use big names, use stunning audiovisual effects, and tell a compelling story. For a long time, French filmmakers who admire the diversity of film art often look at American movies with a critical eye. They always adhere to and protect the independent style of their own film art, and provide care for art films and newcomers. 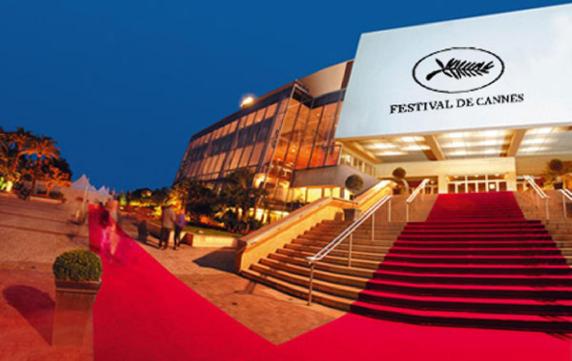 In addition to film screenings and selections at the Cannes Film Festival, another major event is the large-scale film trading market, which is very attractive to film exhibitors around the world. While enhancing the influence of French culture, the Cannes Film Festival has also greatly boosted the economic development of the city and enhanced the city’s competitiveness in Cannes. The Cannes Film Festival has been promoting the rapid development of the film-derived industries including tourism, hotels, restaurants, conventions, media, and gambling for nearly 70 years. The Cannes Film Festival also greatly stimulated the media economy. The total advertising budget of major companies can reach 40 million euros; the number of registered journalists in each film festival is more than 4,000, and the number of TV production groups is 300 (Film De Cannes 2018). In the short two weeks of the film festival, the film festival created a direct economic value of 200 million euros and an indirect economic value of 780 million euros. In addition to the film festival, Cannes hosts more than 300 exhibitions such as International TV Festival, International Record Exhibition, and International Yacht. Many cultural events bring green GDP and sustainable development to Cannes. Today’s Cannes is the most complete city in Europe with luxury brands (World Cinema Project 2016).

View all posts by Xinmin Pan