The SIFF was born in 1993 and then accredited by the Fédération Internationale des Associations de Producteurs de Films (FIAPF) and classified as one of A-category film festivals during the convention at the Cannes Film Festival in the same year and SIFF was named along with renowned festivals such as Cannes or Berlin film festival despite was being questioned its authority. Like other international festivals, SIFF also offered numerous awards for films and filmmakers in the Golden Goblet Awards such as the award for best feature film, the award for best director and the award for best screenplay. The Golden Goblet was to SIFF as the Golden Bear was to Berlinale or the Golden Palm at the Cannes Film Festival. It was the highest honor for film producers and production at SIFF.

In order to get closer to the internationalization，SIFF was moving forwards to become the center of Chinese-foreign film deals. There was a ‘President Lecture’ panel held in SIFF Forum which once invited Tom Hooper, the director of the movie The King’s Speech. Additionally, Tom Hooper appeared with famous actresses Jessica Chastain and Helen Mirren in the 2003’s SIFF red carpet ceremony and then Natalie Portman showed at the next year’s closing ceremony. The appearance of these well-known persons was an explanation that SIFF has been seriously concerned by international filmmakers. Furthermore, SIFF was recognized as an international film festival. It was a positive tendency for SIFF even the Chinese film market, there was potential commercial and cultural value in SIFF to be exploited. 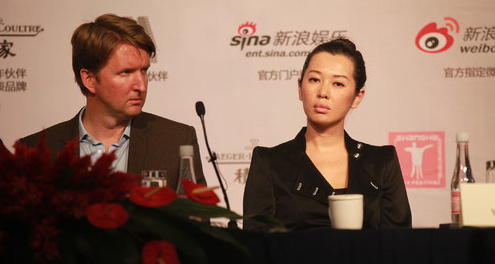 Moreover film festivals are inseparable from the history and politics of their countries to a certain extent. The initial purpose of establishing Berlin Film Festival was to revive the Germany film industry and international artistic frame during the Cold War. Hong Kong International Film Festival was built under the management of British colonial government and this festival was influenced by the colony historical background of Hong Kong. In the late twentieth century, there was no internationally recognized world-class film festival until the SIFF was founded.  Chinese government owned the direct and forced power to take charge of the film industry. The SIFF was under the supervision of the State Administration of Press, Publication, Radio, Film and Television of the People’s Republic of China (SAPPRFT) which was a powerful executive branch of the Communist Party of China. The main obligation of SAPPRFT was to supervise Chinese television industry, radio industry and film industry. Many excellent films were failed in SAPPRFT’s censorship because they implicated too many sensitive elements such as violence, crime or eroticism. A typical example was film Lust, Caution which was involved into eroticism and this film was briefly released in mainland China and the erotic lens was deleted. More seriously, the actress of Lust, Caution —Tang Wei was blocked by the SARFT for a long time. Although this film was praised by many foreign cineastes, it could not be shown in SIFF and had no chance to get awarded.

View all posts by ziqi wang