One of the films I had the privilege of seeing for free this year at the Melbourne International Film Festival was Australian actor/comedian come filmmaker Ted Wilson’s ‘Under The Cover of Cloud’. In Wilson’s feature film debut, there is a fine line between documentary and fictional film. Ted Wilson essentially plays himself, except in the film, he is a journalist who has recently lost his job, and he is now set on writing a book about Tasmanian cricketer David Boon. Everything else, it seems, is a portrayal of the director’s life. 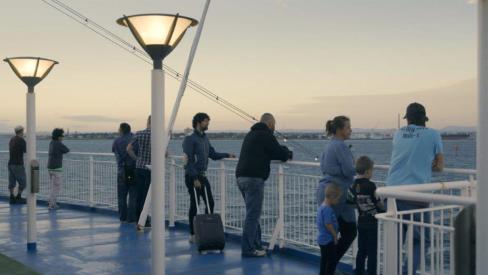 In a Q&A session at MIFF after the screening, Wilson confirmed what most of the audience was wondering throughout: that all of the people playing his family in the film are indeed his family; not one of them actors. The naturalness of their chemistry is delightful and engaging to watch, alongside the beautiful landscape of Hobart. The film is dialogue driven: hilarious and sometimes quite emotional, a riff on family and home. Wilson says “families are inherently dramatic because there’s history and different power relationships. I just wanted to capture that” (Cox 2018). Few films I have seen have captured family dynamics so meaningfully and beautifully. A memorable scene is during the casual family barbecue when Wilson’s mother (who stole the film) is attempting to explain the criminal background of the family who have owned the local grocer for generations, without being interrupted at every moment by the witty personalities in her family. 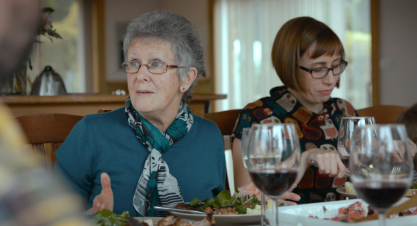 ‘Under the Over of Cloud’ is a great reminder of the power of simplicity in film. Wilson stated that he “wanted to make a film that [he] could afford” (Frajman 2018). Making a film “about people” (Frajman 2018) was a refreshing step away from many films coming out of Hollywood, and even many arthouse films, today. The film is difficult to place into a certain genre, and it is almost plotless, but the ending was perfect. Wilson managing to find David Boon is a satisfying ending to a film in which the protagonist’s quest, in this case, to make contact with the cricketer, was nevertheless secondary to the primary story about ordinary family life.

It’s definitely impressive that Ted Wilson premiered a film at MIFF that he made alone, on an extremely low budget, by himself, alongside Cannes award winners and Hollywood blockbusters. It is a reminder of the huge and diverse MIFF programme; but also the crucial opportunities that film festivals provide for up-and-coming artists. As Wilson stated:

“I don’t think I would ever have made films without MIFF…. They are the only film or TV institution in Australia that has liked my work and backed me. Without MIFF I would just be working a government job and reading books.” (cited in Cox 2018). 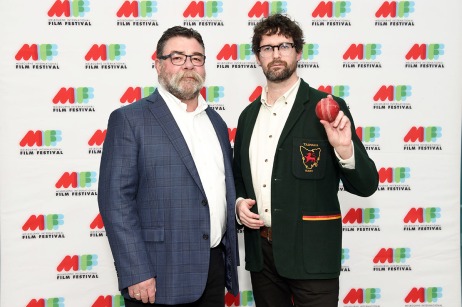