For A-list film festivals, especially three A festivals (Berlinale, Cannes, and Venice) the multiple functions of film festivals have enlarged themselves beyond the films. After the Second World War, film festivals in Europe serve as a symbol to represent the significant player in a global economy through culture respect in contrast to the mainstream American film product (Mazdon 2007). It raises a lot of debates and expectations among the films which turn the festival into a bigger media event (Mazdon 2007, p.10). If you search the name of these film festivals in Google for pictures, all you get is the combination of celebrities and red carpet.

During these film festivals, more than 4000 movies and hundreds of movie-makers around the city will gather together to talk and exchange human resources. Different filmmakers compete with each other for the winner prize. I believe if one director chooses to film the event itself, it can become an interesting film that covers any topic and people won’t feel weird about this. The media event also serves as the best tourism advertisement to facilitate local economies. Moreover, this media event it beyond its particular geographical boundaries to act in the world stage which needs to be balanced in art, stardom and business among different countries.

In my view, maybe from the beginning, these complicated elements prevent them to be a pure and small film festival. Being complicated is not equal to being bad. What they try to balance is what they promote for contemporary international film culture such as art, stardom and business (Zarandona 2016, p.784). On the one hand, Audiences also need theses fantastic festival atmosphere to image films as an elegant art industry. On the other hand, audiences who may not have accesses to those large international film festivals may turn to B-list film festivals. In these film festivals, the target goes back into films themselves. Watching movies is the primary thing for audiences. Filmmakers usually want to get exposed in front of the audiences rather than simply winning the prize.

In all the A-list film festivals, I prefer Berlin International Film Festival. Through the Golden Bear winner movies, it reflects political and social issues in different areas and always seeks the conflicts between different nations. For example, Tuya’s Marriage, A Separation, and Black Coal, Thin Ice use small family cases to represent social issues. Berlin International Film Festival talks about Marriage but in a totally different way.

And the Refugee subject films is also the focus subject such as Fires at sea and In this world. Back to 1951 when it was established but for political reasons: showing political films to promote the value of West Berlin (Hassink & Lee 2018, p.936), but I think nowadays it more likes a painkiller which reminds people behind the magic film industry that the real world is filled with political and regional conflicts. 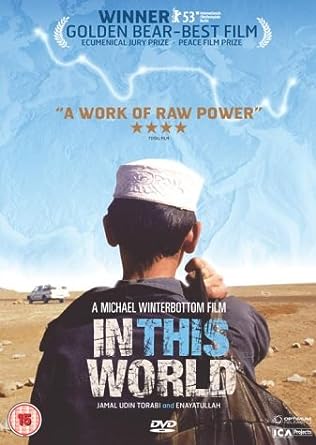 View all posts by aurorajia