In Week 4’s lecture, we talked about the conception of film festivals’ role as gatekeepers.

As mentioned in class, there are three sections of this conception including field, capital and habitus.

Before I went to 2018 Melbourne International Film Festival (MIFF), I found that there are few Chinese films shown in this festival.

(Only five Chinese films shown in the MIFF)

One of the films impressed me a lot, and it has a very interesting name—An Elephant Sitting Still. I wondered why it is able to have the access to the MIFF, and as one of the few Chinese films, why it is not popular in China and known by few people. 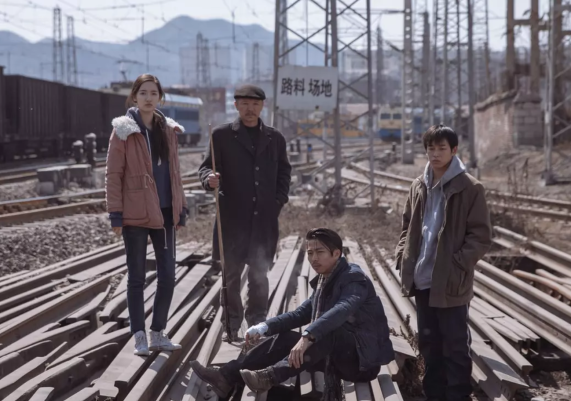 (The poster of An Elephant Sitting Still)

This film is extraordinarily long because it lasts around four hours, but few audience left before it ended. Though the atmosphere of the whole film is depressing, it does make audience think a lot after watching it.

I find that the choice of this film by the MIFF is accorded with film festivals’ role as gatekeepers.

To start with, in terms of the first section—“field”, An Elephant Sitting Still is a film that rooted outside the mainstream commercial movie industries. As Wesley Shrum argues: “Taste in high arts is mediated by experts, whereas taste in low art is not.” It is also the reason why this film has not been published in China and few people know it. Films screened in film festival are for cultural reasons rather than making profit. Unlike popular commercial movies in China, An Elephant Sitting Still does not contain any elements which cater to everyone, and the aim of the director is to reflect the real cruel world rather than a fictional beautiful world which most audience want to watch. As the saying goes, good medicine is bitter, so maybe that is the reason why a good film which qualifies for the entry to film festivals will not attract much audience.

Second, in terms of the next section— “capital”, An Elephant Sitting Still is not simply screened and left to popular vote but embedded in a rich discursive context that encourages discussion, reflection, and engagement with the films’ content and aesthetics. As Thomas Elsaesser says, film festivals are more like a gentle gatekeeper rather than a bouncer, because what they do is supporting, selecting, celebrating and rewarding. In this case, MIFF plays the role as a gentle gatekeeper since it has added value and cultural capital for An Elephant Sitting Still. It has offered a unique opportunity for this less well-known film and made more people know its director Bo Hu. Though the director of this film committed suicide before the film was rewarded in Berlin Film Festival and Melbourne International Film Festival, he realised his own dream on this film and acquired symbolic capital: prestige, honour and recognition.

Finally, speaking of Bourdieu’s notion of habitus, film festivals not only plays the role as gatekeepers, but also as tastemakers. Since one important purpose of film festival is to do film education for young audiences and help shape the film industry. Taking An Elephant Sitting Still as an example, it can change people’s views on traditional Chinese commercial movie and encourage more Chinese filmmakers to make more meaningful and profound films.

View all posts by Yuting Meng