Here is the best and most understandable explanation that I could find:

“Circuit” in this context refers to a series of different locations and events, almost similar to a “concert tour”.

“Circuit” is used to imply a certain repetition (eg. circuit training in fitness). The word is used to indicate that someone attending the festival is usually interested in or obligated to “complete the circuit” of events for that industry.

Thus, “festival circuit” means a series of festivals, events, locations and so on relevant to the industry, be it film, music, dance, clubs, technology, etc.

In addition, there is a schematic diagram shown in the class.

This diagram illustrates the key conception of a film festival circuit, and I find that it actually coincides with one filmmaker Justin Schwarz’s own experiences after attending eight film festivals within a month. 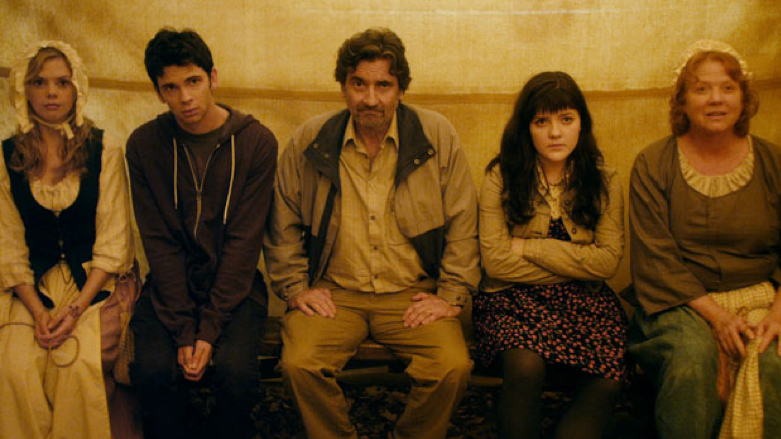 (The Discoverers, a 2012 American dark comedy, directed and written by Justin Schwarz)

Second, speaking of film festival’s role as the springboard for directors, Schwarz shows his agreement. Since film festivals are unique venue for filmmakers, industry, press, and patrons of the arts to connect, new filmmakers can have a chance to chat with people who might not take their calls during daily grind. Schwarz says: “Maybe it’s all the free-flowing booze, but agents soften, producers want to learn about your next project, reporters will tell you about their families, and you might even meet your next investor.” Thus, for many filmmakers, attending film festivals is a springboard.

Finally, in terms of media and audiences, film festivals are the best chance to embrace audiences, invite new fans and connect with media. As a director, Schwarz says that he likes walking the line at festivals, because during this process, he can embrace his audiences and do audience research. In addition, film festival can be a market where distributors see your film, or an opportunity to get press.

All in all, film festivals are a unique opportunity for filmmakers to share their films, meet potential collaborators, get press and connect with audiences.

View all posts by Yuting Meng