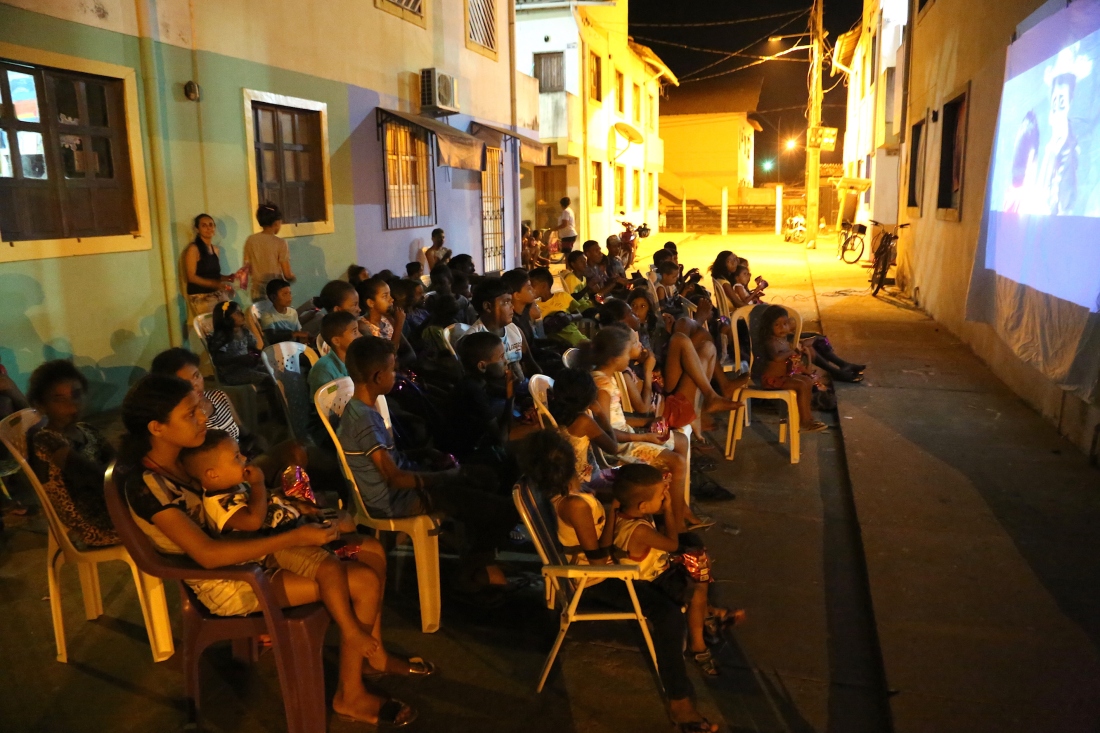 What do you imagine when you read about Film Festivals? Do you believe a large red carpet full of artists, directors, and writers? Alternatively, a huge multimillionaire event where you can wear fancy clothes, or a live event where communities can gather together to celebrate, communicate and culturally regenerate themselves?

If you think that the last option is not possible, you should start to re-think about the role of a film festival in regenerating communities and making a sustainable development in violent and impoverished regions of the world.

In 2005, UNESCO made a General Conference to introduce guiding principles and descriptions of concepts to provide tools for policymakers in the promotion and protection of the diversity of cultural expressions. For UNESCO, the protection of cultural heritage, and promotion of a variety of cultural expression are ways to help on the sustainable development of communities and countries, following the United Nations Sustainable Development Goals until 2030.

Moreover, how Film Festivals can be involved in the Sustainable Goals? Actually, in the middle of the Amazon Forest in Brazil, there is an Afro-indigenous community called Cabelo Seco in Marabá, close to the river Tocantins. This community has one of the highest position in the rank of violence, rape, and crime against youth in Brazil, and in the past, most of the child did not know they where living and are part of Amazon Forest.
However, since 2009 the community started a project called “Rios de Encontros” organized in partnership with the eco-activists and educator Dan Baron from the UK.
This project is applying concepts of Good Living, also known as Buen Vivir.

The Buen Vivir way of life is a cultural concept of well-being that has emerged in Latin America through indigenous social movements and political pressure to improve the development of communities sustainably. This philosophy based on the indigenous conception of nature, community and individuals, where all they share the same material and spiritual dimension. Also, Buen Vivir is equalizing the community as the same importance as an individual, and all individuals are belonging to nature, living as the same in a balanced way, connecting their cultural expressions as part of where they came from, part of the land (Guardiola and Garcia-Quero, 2014).

With years of study and development of appropriation of who and where this community came from, using cultural education and expression to deconstruct years of colonization and cultural repression. Cabelo Seco started to have their youth re-generating cultural events and the first Film Festival in the middle of the forest, connecting sustainable development with a well-being philosophy that enlightens the community to know who they are.

The Festival built by young teenagers had different activities to express the beauty and diversity of their community, and also give an opportunity to have leisure and education through films, dance, performance, and music. The community re-frames themselves in the V Summer Festival, where the youth produce and document all the happenings of the festival, select movies from different nations and cultures they had never been in touch, but that brings hope and power for the community to know who they are and where they are.

The whole project where the Film festival is insert is called Rios de Encontros, and is a different perspective of the power of film festival, cultural expressions, and sustainable development, putting in evidence this community for the global society. You can know more and follow their achievements using the promotion of their cultural diversity and expression in their website: Rios de Encontros (portugueses and English version).

What is your opinion about this project? Is it possible a small film festival be part of a regeneration of a whole community? Share your stories and ideas in our comments section.

BARON, D. 2018b. Guest Author Invitation from the Amazon: The Quest for Sustainable Good Living. Rivers of Creativity – Cultural Action for Life.